If your LEGO set works with a Bluetooth app, chances are it works with Pybricks too. Click on a hub below for instructions.

All modern battery-powered LEGO sets use Powered Up technology. This includes programmable hubs, motors, and sensors, which all feature the same connector.

Pybricks can be installed by upgrading the firmware on the hub. The instructions differ per hub, as shown below. Once installed, they all work the same way. 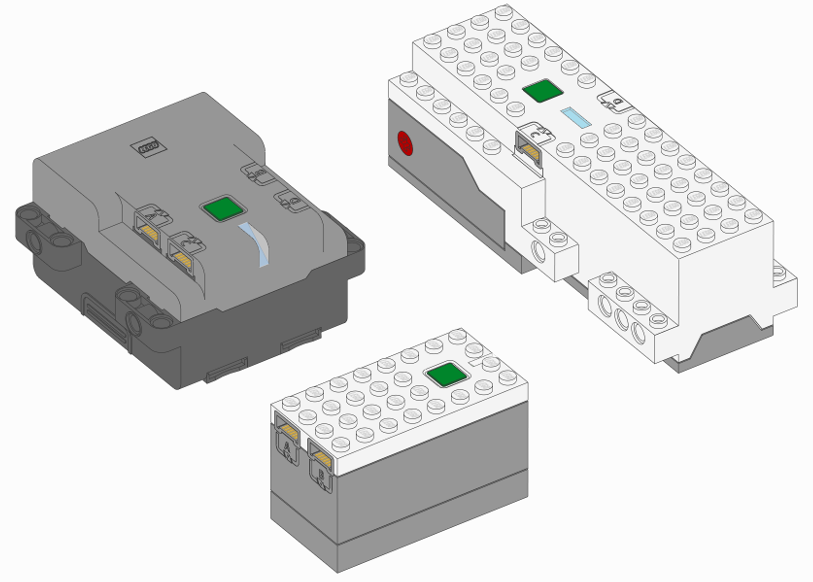 These hubs come in some Technic, BOOST, Train, and City sets. They share the same installation method. Click to get started!

You can save at most one program on these hubs, and there’s no space to store extra libraries. There’s still plenty you can do with them, though!

Out of the box, these hubs can be controlled using mobile phone apps. With Pybricks, the script runs on the hub itself, which is about 100x faster. This makes a huge difference when using motors or sensors. Now you can detect colors on a train track or follow lines without skipping a beat!

These hubs come in the LEGO Education SPIKE Prime set and the LEGO MINDSTORMS Robot Inventor sets. They’re the same except for the exterior color. Click to get started!

These hubs are a bit more powerful than the other Powered Up hubs shown above. They have more ports, lights, and buttons. They also have a rechargeable battery and a built-in speaker.

These hubs have dedicated space for storing user programs. This means you can store multiple scripts and include your own MicroPython libraries.

Out of the box, these hubs can already be programmed with MicroPython. But with Pybricks, your code runs much faster, and you’ll have about three times as much memory. All Powered Up motors and sensors have easy-to-use classes, and they’re more accurate too. More exciting features are on the way as well!

Once you’ve installed Pybricks firmware on any of the hubs above, you’re ready to start coding. Click to get started! 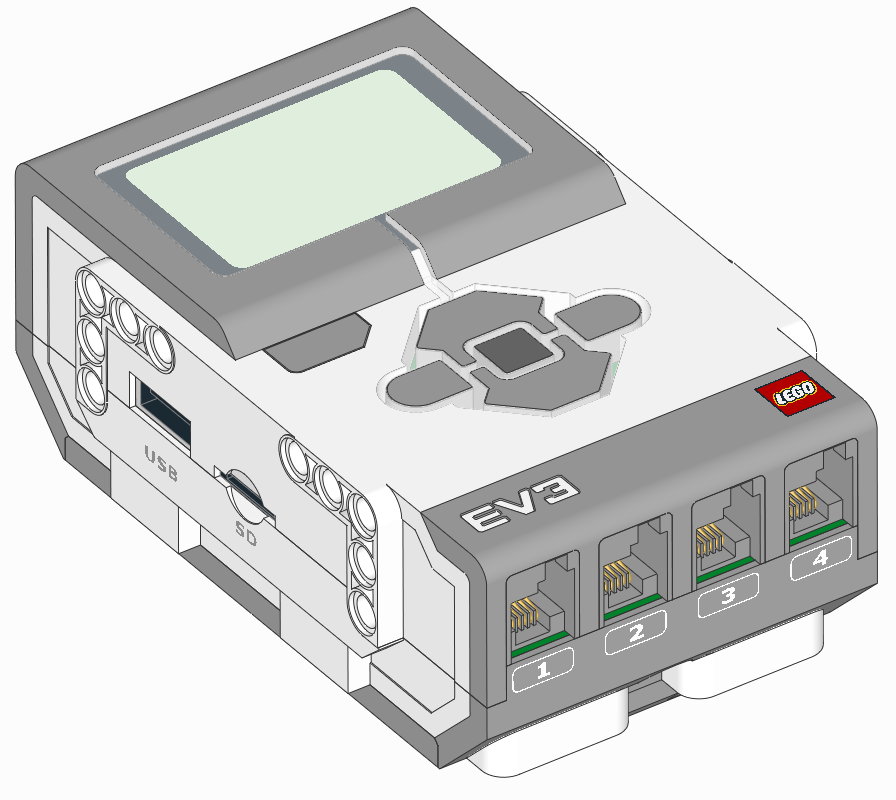 Instead of the online editor used for the newer hubs, you’ll use Visual Studio Code to write your programs. Click to get started!